Community engagement could be the key to planning success

The planning process is shrouded in uncertainty. It’s lengthy and costly, with no guarantees of success. And that’s even before having to consider the added hardship of going to appeal.

It’s also hugely subjective – when it finally falls in the hands of committee it’s at the mercy of many opinions, often conflicting in their point of view.

For so much of the process, the applicant can feel like they’re powerless in influencing its final outcome. However, through the often untapped and highly persuasive method of community and political engagement, they can start to wrestle back some of that control.

It’s a regularly neglected part of the planning puzzle. Developers will spend all of their money on engaging with planning officers and getting proposals in order but invest very little, or in some cases nothing at all, in connecting with the local community.

And that’s counterproductive. After all, it’s the committee made up of local representatives that are going to have the final word, not the officers. So it really pays to get to understand their pains, priorities and politics.

We recently spoke to community engagement specialists Skyline Comms Ltd. Rather impressively, Skyline has been able to deliver approval on 95% of the projects they work on. And it’s not surprising when you start to uncover the logic behind their approach.

Where some developers rely on Google Maps as their window into the local landscape, Skyline insist on carrying out ‘site visits’ for their clients. For them, it’s crucial to get boots on the ground and pick up on some of the small details that can sometimes fly under the radar.

After one site visit last year, Skyline advised a client about congestion being a local concern that was likely to be brought up at committee. Even though the officers thought it wasn’t relevant, the clients trusted Skyline’s advice and worked with the highways team on a proposal. Sure enough, the issue came up and they were armed with a solution.

It’s a level of detail that doesn’t go unnoticed. When developers coordinate their project with the needs of the community, it shows they care – it starts to chip away at the adversarial nature of the planning process and makes it more of a collaboration.

Skyline encourage developers to engage in this sort of research sooner rather than later. Too often they get called in long after the bridges with the community have already been scorched – the team cite stories of developers being unceremoniously thrown out of parish council meetings.

It’s best for developers to start building those relationships right away. It makes sure they’re incorporating feedback into their plans as they go and gives them the best chance to create a proposal that satisfies all.

Having a firm grasp of the local political situation can also pay huge dividends, and that’s another big component of the work Skyline can help with.

Balance is key here. A common mistake Skyline see is developers only taking the time to work with the current administration, and completely ignoring what the opposition have to say.

But both sides are represented on the committee and a swing of power could change at any moment. If it swings while a proposal’s being considered and the applicant hasn’t consulted with the incoming party, it could well be a deciding factor.

Skyline can do all of the necessary research to make sure each party is listened to, providing both pre and post-election advice. Last year, they created a report analysing 30 different local authorities.

Community and political engagement should be a key part of any developer’s planning application. It means they’re not going into the process blindfolded and can create a balanced proposal that satisfies both their business and the community, and significantly increases its chance of approval.

However, there’s never going to be a sure-fire way to navigate our planning system and some risks will always remain. It’s why we developed our Planning Costs tool. It allows clients to recoup the costs of their planning application if it’s unsuccessful, including the costs of going to appeal.

Even with the best planning consultants and engagement strategy, investors and funders will always view planning as a speculative risk. But developers can now use insurance to alleviate those concerns and protect the balance sheet.

It’s also worth noting that if the applicant has a strong engagement strategy, it can help to reduce premium. To get the full details, take a look at our Planning Costs tool product page.

If you want to hear more from Skyline and talk through your own community engagement strategy, get in touch with Managing Director James Hockney. He’ll be happy to help. 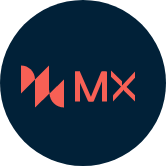